The media has given us wide coverage on our double win at Sheda Excellence Awards. It’s the third major award for La Promenade. Last year, we won at the prestigious Malaysia Landscape Architecture Awards — the first Sarawakian firm to do so. 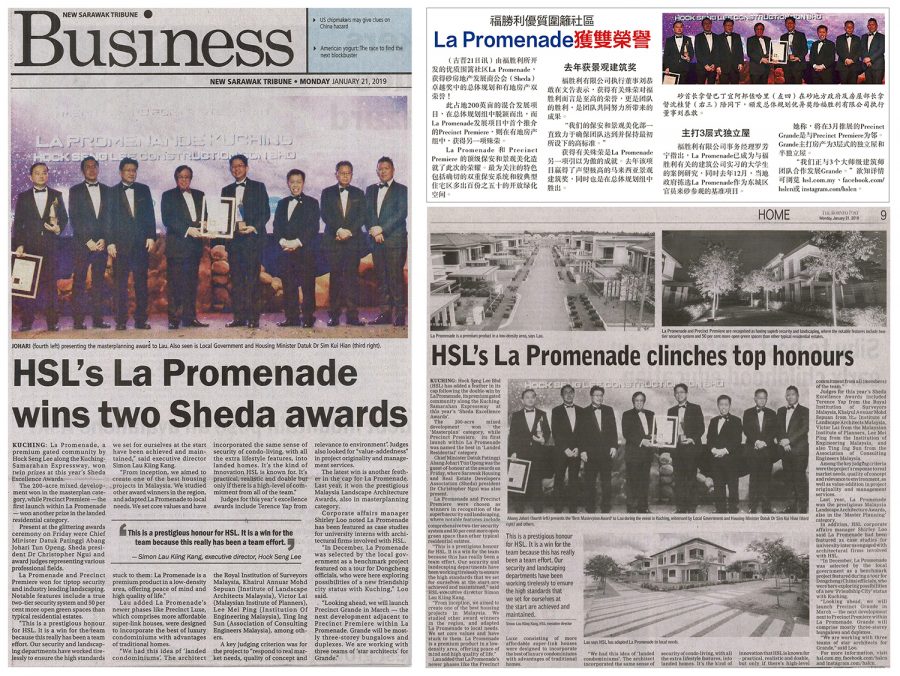 The Borneo Post, January 21
“Hock Seng Lee Bhd (HSL) has added a feather in its cap following the double-win by La Promenade, its premium gated community along the Kuching-Samarahan Expressway at this year’s ‘Sheda Excellence Awards’.
“The 200-acre mixed development won the ‘Masterplan’ category, while Precinct Premiere, its first launch within La Promenade was named the best in ‘Landed Residential’ category.
“La Promenade and Precinct Premiere were chosen as winners in recognition of the superb security and landscaping, where notable features include comprehensive two-tier security system and 50 per cent more open green space than other typical residential estates.”

雅景苑砂拉越一等一的住宅项目
MEDIA HIGHLIGHTS: Another Open Tender Win
Do NOT follow this link or you will be banned from the site!