“We have been focused on project execution and our mega-projects are progressing well into their mid-phases. 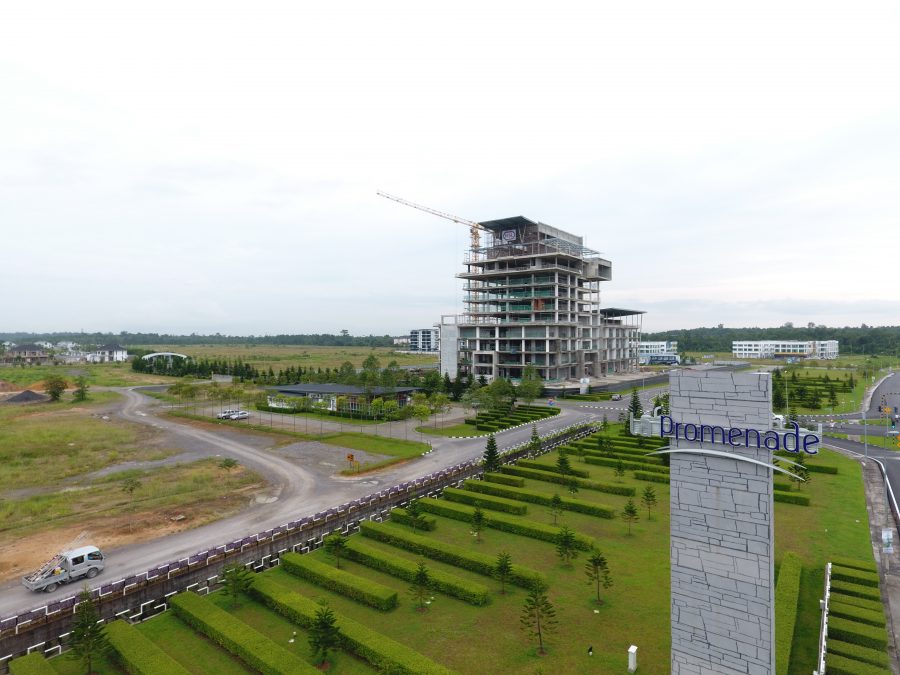 The Group recorded revenue for the three months ended 30 September 2018 of RM173.29 million, up 65 percent from the preceding year corresponding quarter’s figure of RM104.98 million (after restatement of the preceding year’s figure in line with new accounting policies adopted).

Meanwhile, the net profit before tax of the Group for the third quarter 2018 is RM19.50 million, an increase of 32 percent as compared to the RM14.82 million (as restated) recorded for the preceding year’s corresponding quarter.

The construction segment contributed RM150.17 million (87 percent) whilst the property development segment, under wholly-owned subsidiary Hock Seng Lee Construction Sdn Bhd, registered a contribution of RM23.12 million or 13 percent to the Group’s revenue during the quarter.

As at 30 September 2018, HSL had RM2.4 billion worth of works unbilled, having added some RM157 million in new projects over the first nine months of the year and completed a similar amount.

Notable new contracts include building works for Petronas’s training institute, while projects completed include infrastructure contracts in the SCORE town of Samalaju.

The ongoing mega projects area section of the Pan-Borneo Highway, Package 2 of Kuching’s Centralised Wastewater Management System and a wastewater project for Miri.

Other projects ongoing are the X-Fab administration building works, educational institutions in Miri and Mukah, building works in Petra Jaya which are nearing completion, offices for the coal-fired power plant at Balingian and another road in Samalaju.

For the nine months ended 30 September 2018, HSL Group cumulative profit before tax stood at RM56.89 million on the back of revenue at RM459.29 million.

These figures show considerable gains over the same nine-month period in 2017 where HSL Group profit before tax stood at RM42.84 million on the back of revenue at RM275.79 million.

“We are seeing our construction activity ramp up since last year and we are also eyeing substantial new contracts,” disclosed Dato Paul Yu.

The Coastal Road, the Second Trunk Road and contracts associated with the water grid are all on HSL’s radar as they draw on the Group’s strength in geotechnical and marine engineering.

“Our procurement team has been busy of late with pre-qualification and tender submissions,” said Dato Paul Yu.

Meanwhile, the property sector has sustained its strong performance and by year end it is looking to complete several phases of its top selling residential developments at Samariang Aman 2 and La Promenade as well as industrial units at the Vista Industrial Park (VIP).

“We expect to finish 2018 in a favourable position with profits improving and our growth trajectory continuing.

We also have opportunities for new works ahead,” said Dato Paul Yu.